A few years ago, I hand raised a baby Senegal parrot. Unfortunately, for whatever reason, she grew to absolutely loathe me. I struggled with the decision for over a year before finally deciding to find a new home for her through a parrot rescue.

It was a painful decision, but once made I knew I did the right thing. Because I was so grateful to the charity for helping me find a new, loving home for her, I became a foster ‘parront.’

A year or so later, I was alerted to a White Bellied Caique who needed to come into the rescue. Her family no longer wanted her because of her screaming. I went to pick her up, and fell in love with her within hours. Just a couple of months later, I decided to adopt her. Her name was Mei.

After a while I introduced her to my other Caique, and they got along well enough that I would put them in the same cage to sleep. I decided to put a cage in the pantry for them so they wouldn’t be disturbed at night.

The first night, I softly opened the door to check on them late and I saw Mei sticking out of a water dish, like she’d been dropped in head first. I had read about how you have to be really careful with parrots and glasses of water, as they can fall in and drown when trying to get a drink. I was so horrified I screamed.

At that moment, Mei slowly twisted and put her feet to the edge of the bowl, lifting herself out. It had not been the water after all, but a food dish, and she, for some reason, had just decided that’s how she wanted to sleep.

Years later I now know that it’s a fear response. When she gets scared, she flips on her back and plays dead. The sleep cage and the pantry were new to her, and when the light had been turned out, she simply got scared and did as close to sticking her head in the sand as she could. The fact she was scared makes it less funny, but I will always remember the laconic way she extracted herself from the bowl and looked at me in confusion.

Mei has been a delight from the day I brought her home. She’s a brat and very strong willed, but she’s also the goofiest animal I have ever known. When she gets really excited, she hops in place like a wind-up toy on springs. She laughs and has her own special song I call “Mei’s theme” which she will sing when someone comes home. 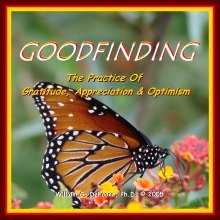 So many people want a ‘new’ animal or a baby animal to raise. But Mei and her ‘sister’ Koi are both ‘second hand’ parrots, birds that other people no longer wanted.

They’re as special, loving and fun as any animals can be. Their personalities are bright, and I know the people they used to live with are really missing out because of my good luck in getting them.