Our Apartment Is Turning Into A Zoo!

I love animals. I've been the proud co-owner of two dogs, two ferrets, many fish, many hamsters, several sparrows and a cat (thanks mom and dad!).

After moving out of my parents’ house and into an apartment with my boyfriend I was kind of petless for a few years. I say kind of because there was a stray cat that we affectionately called Mittens who lived on our block. She eventually became an inside/outside cat and had the luxury of taking up residence in different parts of our apartment over the years. Despite the relationship I wouldn't necessarily consider her our first full-fledged pet since I moved out of the nest!

My first pet was an amazing rabbit named Sir Binksalot. My sister and her boyfriend who live in the apartment above us had brought home a rabbit one day named Nero from Petland. After that I started going to the Petland and playing with the rabbits. One fateful day while stopping by the Petland with my boyfriend, we came across this adorable white and grey lop-eared bunny. I fell in love immediately.

I requested the store to hold him for me for a few days but ended up going back to the store the very next day to get him. He ended up being the complete opposite of my sister’s rabbit! He was a super social sassy bunny who feared absolutely nothing.

He would show his love by running around our feet and grooming us. He chewed on our walls and floors. He would jump over the fences we put up to get out of his enclosures. During his "teenage years" he became aggressive and would run back and forth in his enclosure like a dog guarding his territory. (Little did we know all he wanted was us to move the daybed out of his space! Once it was gone he chilled out immensely.)

Unfortunately Bink had health problems practically from the beginning. Despite his on and off health issues he was full of energy and loved to hang out with us!

My sister met a very dedicated bunny lady during this time. She is the amazing head of All About Rabbits Rescue. She offered to foster a pair and due to my soft nature we ended up with 8 bunnies in our basement! We had two adults and six babies. Over time these guys all found homes, but until then it was an insane zoo here! Six bunnies in the basement, one bunny on our floor and a bunny and a cat in my sister’s apartment - can you imagine?

Outside of the foster pets, it was just Bink and Mittens, who lived in our hallway and outside. Then one day I got a phone call from my sister. There was a beautiful mama cat and three kittens locked behind an iron fence at the church near our home. I immediately rushed out of the house.

We spent several hours speaking with the people at the church trying to figure out how to get behind the gate. I eventually found the church’s owner and they allowed us to take the cat and her kittens. I brought them home and set them up in my basement with all the things they could need after giving them a thorough bath.

For several weeks we had a blast helping mom raise her kittens! Once the kittens were big enough to walk on their own we began letting them come and go into our apartment where they were introduced to Bink. Bink, being the chill and adventurous bun he was, was quite curious and showed no fear towards the strange creatures.

Once the babies were all adopted out my boyfriend insisted we keep the mom...and so we added Egypt to the household officially!

Egypt and Bink became pretty good friends. Binks’ fearlessness helped and at first he was bigger than Egypt (what a sight to see!). Egypt the mama cat was actually a little intimidated at first but soon got comfortable enough to bop him on the head and play tag with him.

Sadly, Bink and Mittens both passed away this past summer but Egypt is here reigning over her household! 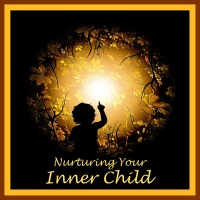